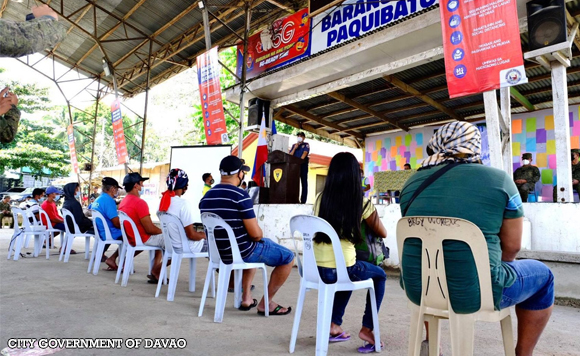 Ten supporters of the communist New People’s Army (NPA) in Paquibato, Davao City have returned to the fold of the law, an official said.

“The said surrender shows that they are now willing to cooperate with the constituted authorities and this will further weaken the CPP (Communist Party of the Philippines)/NPA in the area,” the official said.

Peace 911 Focal Person Aileen Mabanding assured that the former supporters, who have standing warrants of arrest, will be aided with the necessary legal assistance relative to their case.

The ten are facing charges of attempted murder relative to the shooting incident in July 2012 involving personnel of the 69th IB who were conducting an outreach program in Brgy. Mabuhay, Paquibato District.

Jan. 21 holiday in BARMM to mark its foundation – CM Ebrahim