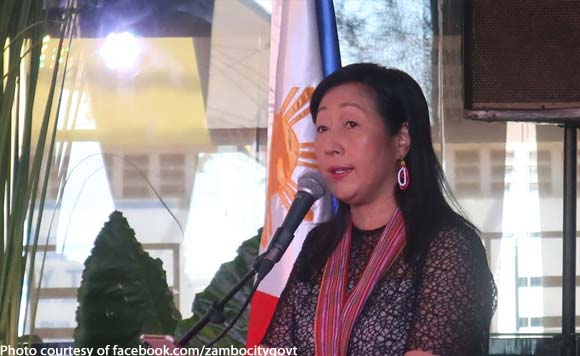 Zamboanga City Mayor Beng Climaco has expressed condolences to the family of an employee of the local government after his remains were recovered in the coastal waters in the west coast Friday morning, November 29.

Mudzmar Habing, a job order employee of the city government, was one of the three staff of the Protected Area Management Office (PAMO), and a boatman, who went missing while enroute to the mainland from Sta. Cruz Island Tuesday, November 26.

Climaco, together with the other local government personnel, attended the funeral rites following Islam practices in Sta. Cruz Island.

Habing was survived by his wife and four young children.

The three others – Badzair Attan, 46, and Ibrahim Hassan, 37, both PAMO staff, and Rasbi Ambiting, 22, the boatman, remain unaccounted for.

Authorities have been conducting investigation into the incident.