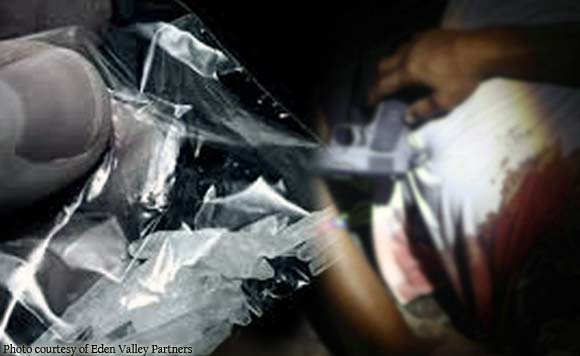 Authorities have dismantled a drug den and a suspected drug personality was killed while four others were arrested during a buy-bust operation in Tawi-tawi.

Aquino said that during the operation, a gunfight transpired between the operating team and the suspects that resulted in the death of Odin Jalas.

Confiscated during the operation were 13 heat-sealed transparent plastic sachets containing white crystalline substance of suspected shabu weighing around 50 grams with an estimated value of P340,000.00; one M16 A1 rifle, grenade launcher, one plate carrier, bandolier, seven long magazines of M16A1, pieces of live ammunition and the buy-bust money.

The suspects will be charged for violation of Section 26 (Attempt/Conspiracy) in relation to Section 5 (Sale of Illegal Drugs), Section 6 (Maintenance of a Drug Den), Section 7 (Employees and Visitor of a Drug Den) and Section 11 (Possession of Dangerous Drugs), Article II of Republic Act 9165, or the Comprehensive Dangerous Drugs Act of 2002.